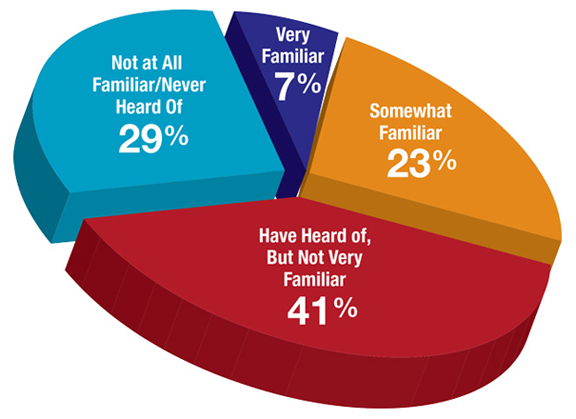 Are engineers familiar with topology optimization? Here’s a breakdown of their answers, as collected in DE’s recent Optimal Design Technologies Outlook survey.

Topology optimization—using algorithm-driven software to explore and identify the best design options—is an offshoot of the established simulation software industry. Though the technology has been around for some time, it appears to be meeting significant resistance, which hampers adoption.

(For more on the results of the Optimal Design Technologies Outlook Survey, check out By the Numbers section or read “A Contemplation on Topology Optimization” in January 2017 issue.)

The slow adoption may partly be attributed to the people’s lack of understanding of the way optimization software works. Sometimes the so-called optimal shape proposed by the software doesn’t match what an engineer might come up with based on his or her intuition or experience.

REGISTER HERE TO JOIN US!

Dr. Keith Meintjes has over 30 years of experience in the development and application of simulation tools to transform product development. His achievements include novel methods for combustion simulation, patents for engine design, and strategic planning for the world’s largest commercial high-performance computing (HPC) facility. He spent nearly 30 years at General Motors as part of GM’s Global CAE IT infrastructure team. He was named Senior Technical Fellow. He is currently an analyst at CIMdata.

Dr. Andreas Vlahinos received his Ph.D. in Engineering Science and Mechanics from Georgia Institute of Technology. He has been a professor of structural engineering at the University of Colorado, teaching courses in Structural Mechanics and in Computer Aided Structural Engineering. His background is in rapid product development through the implementation of Design For Six Sigma (DFSS) and Computer Aided Concurrent Engineering. He has worked with NASA, DOE, IBM, Coors, Lockheed Martin, Ford Motor Company, Rockwell Collins, and more.