Processors: The Heart of the Engineering Workflow

Five or six years ago, engineering workflow was driven primarily by the workstation. Most engineers relied on the CAD-certified workstation as their primary hardware to create 2D layouts and 3D models. To the extent possible, they ran stress analysis and simulation on the same machines. And they harvested the GPU (graphics processing unit) in the machine to create photorealistic renderings. But advances in more accessible high-performance computing (HPC) and more powerful mobile computing options have changed the engineering workflow.

With the emergence of mobile workstations and even engineering-capable tablets, on-demand cloud services and on-premise HPC, the engineers’ workflow now extends beyond the traditional desktop workstation. They may perform design reviews, collaborative discussions and light engineering on mobile devices. To speed up their complex fluid flow simulations and ray-traced rendering jobs, they may augment the power in their workstations with on-demand computing. Some may even move to virtual machines as their primary systems, using lightweight tablets or “dumb clients” as access points instead.

The switch is also reflected in the type of support now available from leading design software vendors. SolidWorks, one of the widely adopted CAD programs, is now certified for Microsoft Surface Pro, a mobile tablet. As part of Autodesk’s subscription services, many Autodesk software products let you tap into on-demand computing services to speed up simulation and visualization tasks. This article focuses on, quite literally, the core of the new working paradigm. It looks at the role of the different microprocessors in this multisystem workflow. 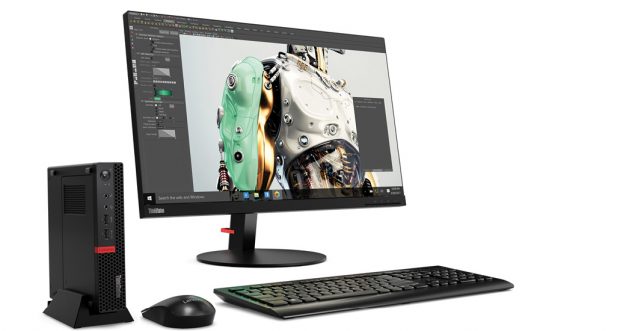 The emergence of mini and tiny workstations, like the Lenovo P320 Tiny shown here, blurs the line between what is a desktop workstation and a mobile workstation. Image courtesy of Lenovo.

However, under the new usage paradigms, some CAD-centric operations are now possible on mobile tablets, a market untouched by the Intel Xeon processor line. “Intel Xeon will not likely be found in a mobile, wireless, handheld tablet. Intel Core i is the CPU tailored for these devices,” clarifies Steve Gabriel, Intel public relations.

Also emerging are the new, tiny or mini-class workstations, such as Lenovo ThinkStation P320 Tiny or HP Z2 Mini. In size and scope, they usually measure no more than a hardcover book, challenging the conventional classification of workstations. They’re technically desktop workstations, in that they demand an external monitor, a keyboard and a mouse to operate. Yet, they’re small enough to fit inside a lunchbox, a handbag or a briefcase—so they’re also mobile. Because of the need to keep the power demand low, these new classes of workstations currently feature only Intel Core i CPUs.

“The ThinkStation P320 Tiny is currently available only with Core i CPUs because of the size limitation and the thermal envelope we have to work with,” says Scott Rupert, Lenovo’s workstation portfolio manager.

It’s important to note that the Tiny and Mini workstations belong to the entry-level workstation class. These systems are designed for the conceptual design phase, with limited simulation and rendering. For this usage, Core i CPUs prove to be adequate. Those who routinely perform compute-intense simulation and visualization tasks may find them underpowered.

In March, BOXX launched the APEXX 1 1402, described as “the world’s smallest workstation featuring an overclocked Intel Core i7 Kaby Lake processor.” Overclocking— increasing the processor’s capacity beyond the chip manufacturer’s default setup—can be risky when done without proper safeguards. BOXX is one of the system suppliers that offers safely overclocked systems that give more performance from the processors.

Measuring 4.7x8.5x9.0 in., the APEXX 1 1402 features a four-core Intel Core i7-7700K processor overclocked to 4.7GHz. BOXX says it is “built to accelerate 3D modeling and CAD design workflows” and recommends it for professional applications such as SolidWorks, Autodesk Revit and 3D Studio Max. 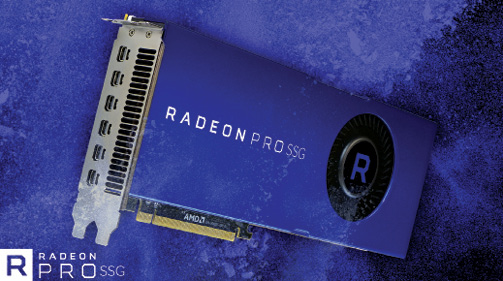 AMD recently introduced the Radeon Pro SSG, a professional-class GPU based on its VEGA architecture. Image courtesy of AMD.

In 2012, HP released its first entry-level workstation, the HP Z210. Dell also released the Dell Precision T1600, later replaced by the T1650. These were part of the system vendors’ efforts to nudge professional users away from top-of-the-line consumer PCs. With a memory boost and GPU upgrade, a high-end consumer PC could run engineering software; however, the risk of running such software on uncertified systems is significant, and system stability is not assured. With CAD-certified entry-level workstations priced around $1,000, system vendors hoped to convince budget-conscious buyers that they did not have to settle for consumer-class PCs.

“The Intel Xeon E3 processors target entry-level workstations with a compelling price-to-performance, for lower core-count use cases where system expandability is not a priority,” explains Gabriel.

The professional workstation space, encompassing standard and high-end engineering workstations, is well-defined. They’re usually configured with Intel Xeon W CPUs. According to Gabriel, the Xeon W CPU family is “a cost-optimized, one-socket platform with a core-count ideal for mainstream workstation and high frequency providing support for more memory and storage at a small footprint.” He points out: “For users doing CAD, modeling, product design and VR (virtual reality), this is a good entry-level platform for those usages. Xeon Scalable Processor takes it to the next level with support for up to 56 cores, 3 TB memory and support for professional-grade graphics adapters, making it an ultimate content creation platform for VR.”

A new challenge may be coming from AMD, a rival of Intel in the consumer and gaming PC market. In August, at the computer graphics conference SIGGRAPH, AMD introduced AMD Ryzen Pro, described as “workstation-class performance for premium desktops.” According to AMD, it is “the first processor to offer up to eight cores for commercial-grade PCs, 16 threads and enables up to 62% more multithreaded performance on the Ryzen 7 PRO 1700 than other solutions.”

Professional desktop and mobile workstations usually come equipped with GPUs, an essential feature that allows 3D CAD, rendering and simulation software users to tap into the GPU’s parallel architecture for rendering, visualization and computing tasks. NVIDIA’s offering for this segment is the NVIDIA Quadro GPU line. Select products from the Quadro family are branded VR-ready, indicating they are configured for VR content development and deployment. 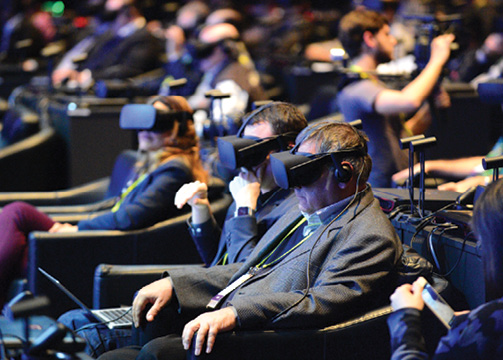 Rival AMD’s offerings in this segment are the AMD FirePro and Radeon Pro GPU families. The FirePro line is known for, among other things, support for multimonitor setup, a useful feature for those who want to deploy video-wall displays. AMD launched Radeon Pro WX 9100 and Radeon Pro SSG at the recent SIGGRAPH conference. Based on AMD’s new Vega GPU architecture, these cards feature high bandwidth cache controller (HBCC), which the company says will allow “data to seamlessly move between onboard graphics memory and available system memory.”

The HPC space includes on-demand servers, on-premise servers and various forms of cloud computing. Workstation users who find the need to borrow additional computing capacity may now tap into any of these options, delivered from the browser or an enterprise network architecture. Although HPC is seldom needed by those dealing with conceptual design, it is routinely used by those using compute-intensive simulation and visualization programs.

AMD’s offering for this space is AMD EPYC processors, launched in June of this year. EPYC includes “the first embedded x86 silicon-level data security on a server chip,” according to AMD. Describing EPYC’s single-socket advantage, AMD says, “Many IT organizations purchase two-socket servers and only populate one socket. Others purchase two-socket servers, not because they need the compute capability, but because they need more I/O and or memory capacity than what is available on current single-socket servers. AMD EPYC enables no-compromise one-socket servers with up to 32 cores, eight memory channels and 128 PCIe 3.0 lanes, enabling capabilities and performance previously available only in two-socket architectures.”

Both AMD and its rival NVIDIA offer GPU-accelerated HPC products through their hardware partners. With researchers delving into highly parallel computing workflows (such as machine learning and big data analysis), the GPU’s massively parallel architecture proves to be advantageous.

The NVIDIA Tesla GPU line is usually the centerpiece of NVIDIA’s GPU-accelerated data center products. “Data scientists and researchers can now parse petabytes of data orders of magnitude faster than they could using traditional CPUs, in applications ranging from energy exploration to deep learning. Tesla accelerators also deliver the horsepower needed to run bigger simulations faster than ever before,” NVIDIA writes.

Professional workstations (mainstream to high end) HPC, data center, virtualization
The current HPC gold rush is the race to capture the emerging machine learning or artificial intelligence (AI) development, driven in a large part by the auto industry’s pursuit of autonomous vehicles. AMD’s new GPU, Radeon Instinct, is a sign of this. “The new Radeon Instinct MI25 accelerator, based on AMD’s Next-Gen Vega architecture, with its powerful parallel compute engine, is the world’s ultimate training accelerator for large-scale deep learning applications and is a workhorse for HPC workloads,” AMD writes. It promises up to “24.6 TFLOPS FP16 or 12.3 TFLOPS FP32 peak GPU compute performance on a single board.” Radeon Instinct is expected to be available in Q4.

The GPU was originally a graphics-boosting coprocessor. About five years ago, when NVIDIA decided to refashion its GPU as a general-purpose computing device, it launched the GPU into many markets traditionally served by the CPU. As system makers introduce classes of computing platforms—tablet-style devices powerful enough to run CAD, and tiny workstations the size of a takeout lunchbox, to name but two—it gets harder to define what constitutes a “workstation.” In developing smaller desktops, entry-level systems, and mobile tablets to attract new users, system vendors are now using the processor families designated to the consumer space, such as Intel Core i CPUs, for some of their offerings targeting the professional market. The changing environment is reflected at the silicon level, in the features engineered into the chips that power these new devices.