Materialise and Stratasys have expanded their partnership in the healthcare space 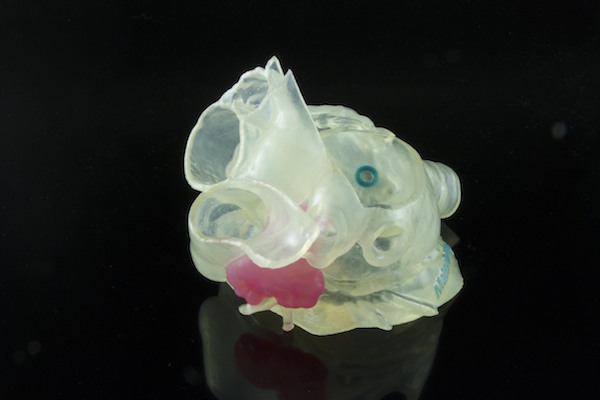 The use of 3D printing for medical models has emerged as a key application in the healthcare space. Hospitals, universities and other organizations use printed models to help visualize injuries and damaged organs, as well for surgical planning, practice and tools.

The U.S. Food & Drug Administration (FDA) has so far cleared only one 3D printing software for creating anatomical models that are used for patient care—Materialise Mimics inPrint. Materialise, in turn, has worked with 3D printer manufacturers to certify their hardware for use in these applications.

In November, Stratasys announced that it had expanded the suite of printers and materials that Materialise had validated with Mimics inPrint to include the J750 and J735 printers and the desktop Objet30 Prime 3D Printer. The J750/J735 printers can create models using multiple textures and both hard and soft materials, as well as multiple colors.

“This takes the physician from having to evaluate 2D images in the form of X-rays or CT scans and bringing that information into a 3D world,” says Mike Gaisford, director of healthcare solutions at Stratasys. “The possibilities are virtually endless, and physicians are using the technology in a variety of ways.”

According to Gaisford, physicians are using printed models to plan for things like facial reconstruction surgeries so that they can test different procedures in advance. They can also determine if a particular valve or occlusion device can fit snugly in a specific patient’s heart. 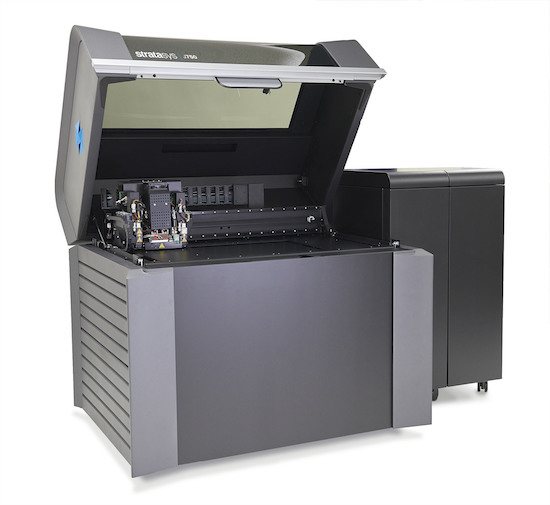 The newly cleared Stratasys printers can duplicate complex anatomies with different textures. “You can print hard and soft structures, or have colors in the model to show where arteries and veins are,” Gaisford says. “That makes the models more clinically relevant.”

The printers can also generate models with transparency—for example, a doctor could print a liver that shows the location of all of the arteries and veins in the organ, which otherwise wouldn’t be visible. “As they cut into the real liver, the circulating nurse can hold up the 3D-printed model so they can see where those arteries are,” Gaisford says. “You can work within the model while the patient is on the table, and because of the high resolution you can trust and rely on that model.”

The Materialise software was originally cleared by the FDA in March, making it the only solution with 510(k) clearance. The company says that 16 of the top 20 U.S. hospitals (as ranked by U.S. News & World Report) are using the software.

According to Bryan Crutchfield, vice president and general manager at Materialise North America, the company originally created 3D anatomical models using its Mimics Care Suite before developing the more streamlined version of inPrint. “It’s a wizard-driven software that is geared to hospital point of care use,” Crutchfield says. “Specifically, you can create anatomical models for diagnostic use or surgical planning.”

In 2017, the FDA released guidelines for the use of 3D-printed anatomical models for diagnostic and surgical planning purposes.

“If you are using these models for diagnostic purposes, then you should use an FDA-cleared software package and workflow,” Crutchfield says. “When you go through the 510(k) process, you not only clear the software workflow, but also select a printer and materials you will use in that workflow because that has an influence on the outcome and accuracy of the model.”

Materialise has worked with Ultimaker, Stratasys and other partners to clear their hardware and materials as part of that workflow.

According to Crutchfield, that clearance process involves demonstrating that the solution can take CT scan or MRI data and then adequately represent the anatomy throughout the print process.

“It really comes down to measuring the accuracy of the 3D-printed model when you compare it to the digital file,” Gaisford says. “Once the object is printed, it gets scanned so that it can be compared to the digital design.”

Hospitals are using the technology in a variety of workflows. Large organizations like the Mayo Clinic have their own 3D printing labs with dedicated clinical engineers operating the machines. In some cases, radiologists, radiology technicians, or biomedical engineers are responsible for creating and printing the models. Smaller facilities sometimes outsource the work to third-party providers or service bureaus.

“Early on, there were these engaged radiologists who looked at how they could better diagnose difficult cases and come up with interesting treatment plans,” Crutchfield says. “As they began to expose their colleagues to the technology, the applications started to expand into areas like creating cutting guides.”

“The great thing about the Materialise software is that the interface makes it accessible, so it can be used by people with a wide range of skill sets,” Gaisford says.

He adds that doctors can also use the models to improve communication with patients and other providers. “Patients can understand these procedures better after looking at the models and they are more comfortable,” he says.

In September 2018, the American Medical Association (AMA) accepted a Category III CPT (Current Procedural Terminology) Code proposal from the American College of Radiology (ACR) for 3D anatomic modeling. The codes, which are used for insurance billing purposes and reporting to other healthcare providers, will go into effective in July 2019.

The CPT codes will help the industry track the effect that this type of modeling can have on surgical and medical outcomes—and eventually make 3D printing reimbursable by payers. Right now, many organizations self-fund the model printing and justify the cost through better surgical outcomes and increased efficiency.

“If you can perform the surgery faster and avoid complications or allow the patient to be discharged from the hospital faster, or reduce waste in terms of the number of devices used in a procedure because you know which valve is the best one, that all saves money for the hospital,” Gaisford says.

That savings has made the technology more attractive for regional and for-profit hospitals, in addition to big medical research institutions that were early adopters.

“The AMA agreed that there is enough evidence that it is time to issue Category III CPT codes,” Crutchfield says. “As people use those codes and aggregate the data, that will help build a body of evidence over years that will allow us to present studies tot eh AMA that will show how the technology can save time and improve outcomes. It should be considered a standard of care and be reimbursable inside the system once we have that data.”