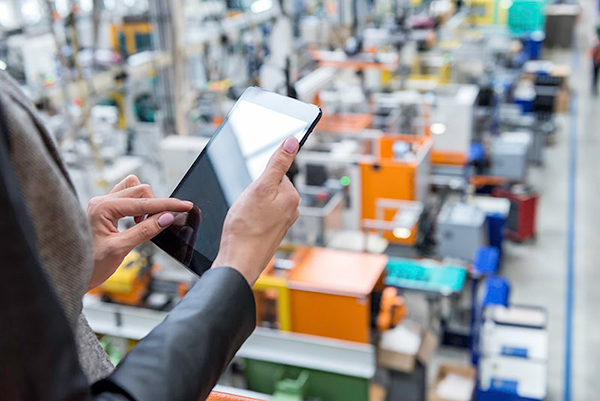 A Purdue University research study discovered in-state manufacturers are a step behind other parts of the nation in the transition to becoming data driven and using tools like artificial intelligence. Image courtesy of Purdue University

Unlocking Distributed Manufacturing
Take a closer look at some well-known manufacturers and dissect how they use and benefit...
Sponsored Content

A quarter of Indiana’s economic output is based in manufacturing, and the transition to becoming data-driven and using artificial intelligence may open up broad economic impact among manufacturers, who, to date, appear to be lagging behind national trends, according to Purdue University.

That is a finding of a Purdue University study, which also found that those not using the advanced technology are not against the idea. Around 36% of manufacturers responding to the study’s survey said they are interested in learning more.

“They’re sitting on a very valuable asset that they have to convert into information,” says Ragu Athinarayanan, principal investigator of the study and a professor of engineering technology. “They just don’t know where and how to start and what is necessary to start.”

Athinarayanan said one of the biggest challenges to adopting this technology in manufacturing is trying to create the platform to collect and use the data.

The study, “Artificial Intelligence, Manufacturing, and Workforce Development in Indiana,” was conducted by Roberto Gallardo, director of the Purdue Center for Regional Development, and Athinarayanan. It was funded by Microsoft.

Purdue’s research was prompted by a 2019 national study that found 87% of U.S. manufacturers surveyed said they have adopted or planned to adopt artificial intelligence as part of their operations within two years.

With the study’s results, Gallardo says, Indiana needs to ramp up efforts on a number of fronts to take advantage of the interest Indiana manufacturers have in adopting artificial intelligence.

“Number one is awareness—where can manufacturers start and what can they do,” Gallardo says. “There’s a lot of education and awareness to be done around the topic, which is still a little abstract especially for smaller businesses.

“We also need supportive systems, from higher education to workforce development and policy, to nurture these businesses as they navigate in the AI on-ramp.”

For the study, more than 500 emails with surveys were sent out to Indiana manufacturers, most with fewer than 100 employees. Survey responses were hindered by the outbreak of COVID-19 around the same time.