Manufacturers are leveraging AI in design to get products to market faster.

Manufacturers are leveraging AI in design to get products to market faster. 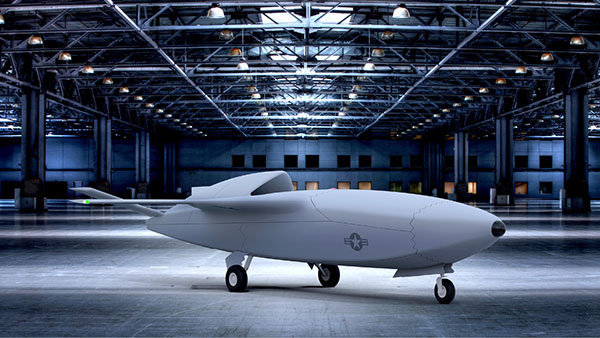 At Edwards Air Force Base, the Air Force Research Laboratory is working to field prototypes for the Skyborg, and plan to employ AI to move the prototype forward. Image courtesy of the U.S. Air Force.

Weighing several tons, capable of generating take-off jet engine thrust at 18,250 lbs. (about 8% better than previous designs), and about 12% more thrust for its weight than earlier designs (it’s also 5% more efficient than previous designs)—one of the quieter if not the most quiet jet engine—with the lowest emissions, the hulking Rolls-Royce Pearl 700 engine has come alive.

The Rolls-Royce, developed from the company’s headquarters for business aviation near Berlin, Germany, was designed using artificial intelligence (AI) and a suite of tools from Altair. Development of the jet engine came about, thanks to AI, from a production timeline that seems as fast as the speed of the aircraft it helps fly. It’s one design of many, which owes a streamlined lifecycle development to the merits of AI, and the processing of huge arsenals of data that helped refine the design and move it out early and with precision.

AI is presenting a new sunrise for many, but for design engineers it’s helping to create greater efficiency, reduce risk in many categories and test prototypes much faster than before, enabling manufacturers like Rolls-Royce to get products to market faster.

AI is top of mind for engineering design teams and is being widely used in many different applications. Recently, Arize AI conducted research by surveying about 900 teams and technical executives and found that many things are aided when AI enters the scenario. These include “delays, painful processes and team misalignment.

The engineering community is at a crucial crossroads as it realizes the benefit of AI. It’s time to embrace it firmly, but it’s also time to be aware of its shortcomings, how it is best used and where it has limitations in its application.

The findings and summary of the Arize survey accentuated that “as AI becomes increasingly important to business-critical operations, the technical teams deploying machine learning (ML) models and their executive counterparts need to be in total alignment.”

The report further cautions, however, that firms with an all-out push to move AI forward must do so carefully and ensure there is wide access, as well as adequate education in using AI. (The Rolls-Royce example, however, emphasized that their use of AI and the Altria solutions was an easy learning curve.) 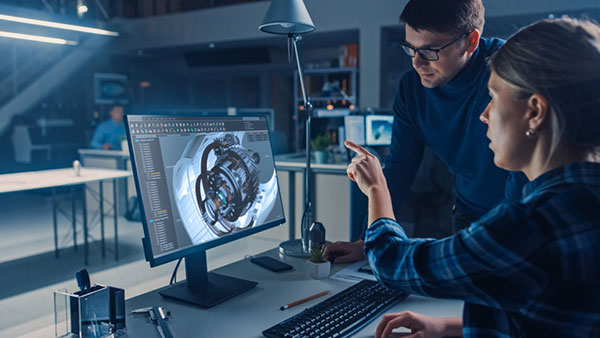 According to Arize’s report “business executives need increased education, access to tools and digestible, relevant KPIs including, most importantly, a way to quantify AI ROI. By tying ML model performance metrics to key business metrics and giving executives access to tools that visualize these metrics over time, ML teams can ensure broader buy-in for their efforts.”

In their report, which surveyed more than engineering product designers, AI may speed things up in the end, but glitches in AI can slow things down a bit.

“Over one in four (26.2%) ML practitioners admit that it takes them one week or more to detect and fix an issue with a model (i.e., retraining a model in production after detecting concept drift),” the Arize report stated. “Delays of one week or more are most common in financial services, followed closely by healthcare and technology. Among respondents who say that their models “prevent physical harm or bad health outcomes,” 24.5% report delays of a week or more (note: this does not mean that models are live in production during this time, as many may fall back on a prior model version or no model while retraining occurs).

McKinsey characterized their data as “garnered responses from 1,843 participants representing the full range of regions, industries, company sizes, functional specialties and tenures. Of those respondents, 1,013 said their organizations had adopted AI in at least one function and were asked questions about their organizations’ AI use. To adjust for differences in response rates, the data are weighted by the contribution of each respondent’s nation to global GDP.”

According to the McKinsey survey, “56 percent of all respondents report AI adoption in at least one function, up from 50 percent in 2020. The newest results suggest that AI adoption since last year has increased most at companies headquartered in emerging economies, which includes China, the Middle East and North Africa: 57 percent of respondents report adoption, up from 45 percent in 2020. And across regions, the adoption rate is highest at Indian companies, followed closely by those in Asia–Pacific.”

McKinsey’s survey was chock full of findings about AI adoption, investment, applications and what the future holds. McKinsey, based on data, seems quite bullish on AI—for many applications. 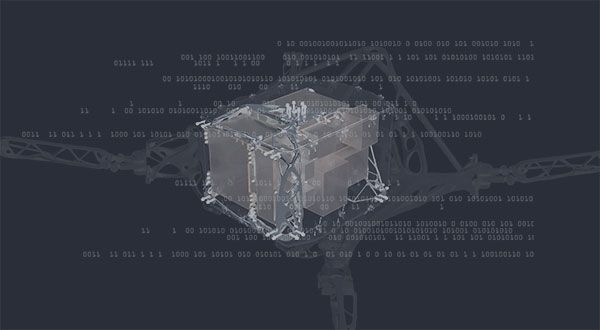 “The companies seeing the biggest bottom-line impact from AI adoption are more likely to follow both core and advanced AI best practices, including MLOps [machine learning operations]; move their AI work to the cloud; and spend on AI more efficiently and effectively than their peers,” the McKinsey survey continued.

“Three-quarters of AI high performers say the cost to produce AI models has been on par with or even less than they expected, whereas half of all other respondents say their companies’ AI project costs were higher than expected,” the McKinsey report said. “Going forward, the AI high performers’ work could push them farther ahead of the pack, since both groups plan to increase their spending on AI by roughly the same amount.”

In the Rolls-Royce example, the time saved and the economies of developing a prototype for engine casings were attractive. This did not mean that the total cost of the project was directly reduced, but it was indirectly reduced as engineers didn’t consume as much time as they traditionally do.

The Wall Street Journal quoted Dr. Peter Wehle, head of innovation and research and technology at Rolls-Royce Germany as saying “an AI model could eventually recommend a specific type of casing for a jet engine that could be used for a number of different use cases, such as for a large airplane and a short flight cycle. Today, designing a casing for a jet-engine would require months of computer-generated analysis, taking into account many variables, such as physical stress, temperature and materials.”

As he notes in the article, engineers must still build and test physical prototypes of the engine casing but save time modeling the design on the computer. And time is money. So, the savings are there in some, but not other, areas of the design cycle.

Early Up the On-Ramp

From building prototypes, sorting through mountains of data seemingly higher than Mount Vesuvius, figuring out the optimal path of something—anything for that matter, or just streamlining an otherwise complex test procedure to be completed in half the time, AI has arrived. 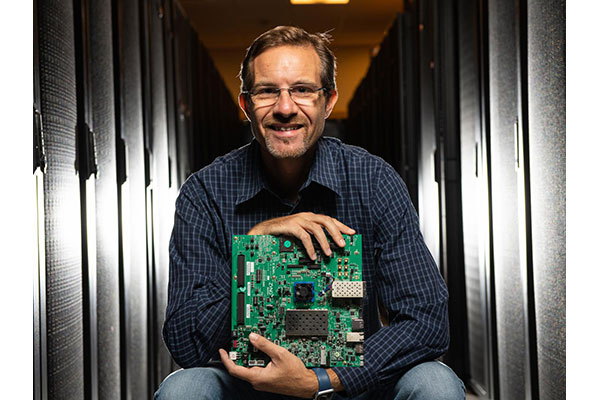 PNNL, Sandia National Laboratories and the Georgia Institute of Technology collaborate on the most challenging problems in AI. Image courtesy of PNNL.

But we’re still establishing our position on the on-ramp to wide adoption. There are miles to go, barriers to break through and too much to list when it comes to what we can expect AI to accomplish in the next few years, never mind the next decade. We stand to speed things up, for the better, cut costs, save time and do what the human mind could not; hence, as odd as it may sound, engineering design is embracing something that surpasses the human mind and is artificial with the greatest intention.

As for companies like Rolls-Royce and their Pearl 700 engine, they are not slowing down the beeline to embrace AI tools. In a Wall Street Journal article describing Rolls-Royce’s development of the engine using Altair tools, they said that their engineers “plan to build their own machine learning models using Altair’s low-code AI development tools, useful for engineers who aren’t AI experts.”

They quoted Sam Mahalingam, chief technology officer of Altair, as saying: “If you get the design right in the early stage, you don’t have to go back and iterate a lot.”

For many, the design journey with AI soldiers on.