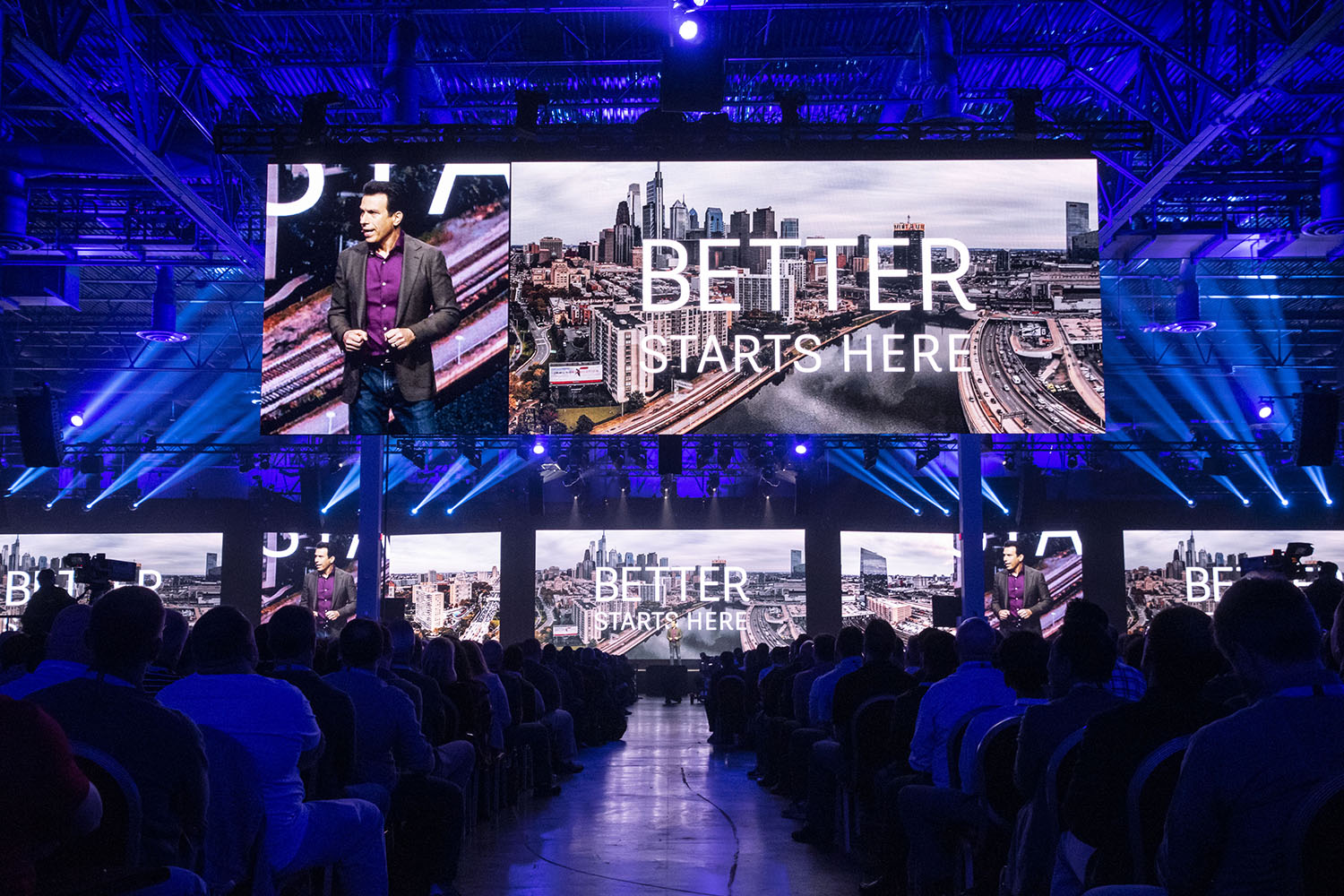 Autodesk CEO Andrew Anagnost takes the stage for his keynote at AU 2019. Image courtesy of Autodesk.

At this year's Autodesk University (AU 2019), an unlikely guest made an appearance. On day two, during the Product Design and Manufacturing Keynote, Autodesk CEO Andrew Anagnost stepped up to the stage, followed by Ajei Gopal, CEO of ANSYS.

As the two leading developers of well-known software titles in design and simulation, Autodesk and ANSYS are competitors in certain areas. Both offer simulation solutions; both seek dominance in the automotive sector.

Yet, the two are also software partners, due to the common practice among engineers to create design in Autodesk's software, then conduct analysis in ANSYS's offerings.

Gopal's cameo at the annual Autodesk user event was the outcome of a partnership announced in September, signaling Autodesk and ANSYS's plan to jointly pursue opportunities in the automotive sector.

Sitting side by side for a chat moderated by Greg Fallon, VP of Business Strategy, Autodesk, the two CEOs explained why the corporate handshake makes sense.

“Simulation is key to understanding what better design is,” said Anagnost. “I’m excited about our partnership, we’re going to bring more powerful simulation so people can make better choices. And that’s the future. Everything’s a simulation problem.”

“We’ll enable our customers to build these seamless workflows that will allow them to develop these next-generation products faster and more efficiently than ever before,” said Gopal. 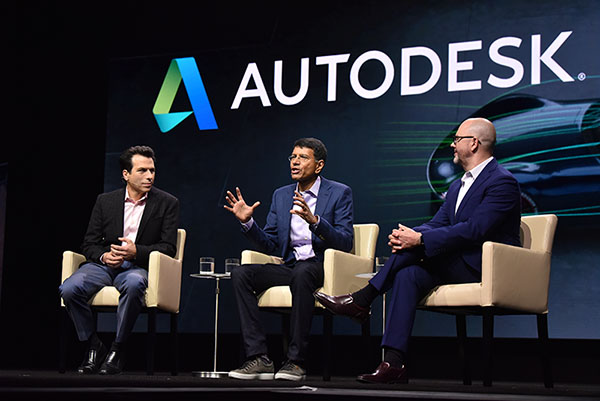 During AU, Fallon revealed the partnership would also enable interoperability between Autodesk Fusion 360 and ANSYS Mechanical. The connection was built on Autodesk Forge, the development platform from Autodesk available for licensing.

“Autodesk has been exploring and automating on the cloud. One of the things the cloud is really good at is connecting data from different disciplines, different ecosystems. Better does start with data,” said Gopal.

For Autodesk software subscribers, Stephen Hooper, VP and GM, Autodesk Fusion, has an early Christmas present. “We're granting every subscriber free unlimited of generative design until the end of this year,” he announced.

Under the campaign to drum up interest in its generative design technology, Autodesk announced its offering the tools free until 2020. The offer is made possible by Autodesk's partnership with AWS and GPU maker NVIDIA. Generative design tools are integrated in the Autodesk Product Design & Manufacturing Collection and Fusion 360.

Because of Autodesk's partnership with aPriori, Autodesk Fusion users can consider cost as a parameter in generative design and topology analysis sessions. 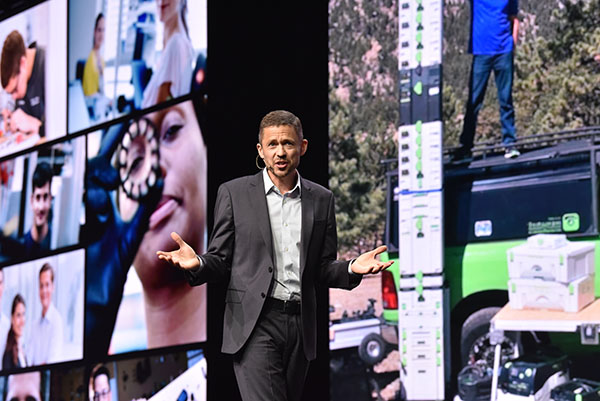 Getting Involved in the Virgin Hyprloop

In the partners' expo, AU attendees saw a model of the Virgin Hyperloop, the airplane maker's project to bring high-speed passenger train to the U.S. During the conference, Autodesk announced, “an alliance [with Virgin Hyperloop] to explore new opportunities in extending the value of Building Information Modeling (BIM) for transportation route optimization and improved digital engineering and construction workflows.”

The centerpiece of Autodesk's BIM solution is Autodesk Revit, a 3D modeling program for the AEC (architecture, engineering, construction) industry.

The Changing Face of Manufacturing

During his General Keynote on day one, Autodesk CEO Andrew Anagnost observed, “We all know that automation is changing jobs, but it’s also creating an opportunity for more meaningful work, better work. Together we have the opportunity to create a more sustainable, equitable and more prosperous future.”

The emergence of robotic service workers and self-driving cars are but two examples of the radical automation trends, seemingly threatening traditional manufacturing practices and many associated jobs.

At the same time, it has also become more difficult to attract a new generation of skilled workers. “Half of the U.S. construction workers are now over 45. And the job is seen as just too dirty, dangerous and dull to many younger workers. This lack of skilled labor, over the last decade, is why the average US hotel has taken longer and longer to build,” added Anagnost.

IMAGINiT, an Autodesk authorized training and service provider, took note of the changes among its clients as well. “There are people who can do high-level calculations, but a lot of the shortage is in the day-to-day operations where you need to get your hands dirty,” noted Caleb Funk, IMAGINiT.

“We used to do mostly in-class training, but it's now moving to virtual classrooms. Previously the classes used to be general software skills, like I want to learn Autodesk Inventor. Now, it's much more specific. For example, they might say, teach us to use Inventor iLogic to automate this process. Whatever it is, we cater to our clients,” he added.