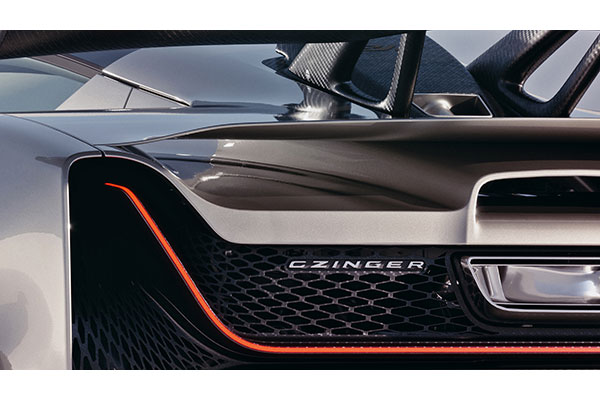 The Czinger 21C was the driver behind the company’s core design and manufacturing technologies, according to Michael Kenworthy of Divergent 3D. Image courtesy of iamted7.

Whether it’s delivering a keynote speech at AMUG 2022 or talking to Autoweek magazine about his company’s “Screamin’ Good 253 mph proof-of-concept” car, Kevin Czinger has been making his presence known in the automotive manufacturing community.

Most in the industry are either: focusing on his Czinger 21C hypercar’s extensive use of 3D-printed components (approximately 350 at last count) or its tremendous speed and acceleration capabilities (0 to 100 kph in just 1.9 seconds). But what’s more interesting to many of us is how long did it take to achieve these milestones and what does it mean to automakers?

Digital Engineering recently picked the brain of someone who can answer these questions and made much of it possible. Michael Kenworthy is the chief technology officer for additive manufacturing technologies at Divergent 3D. He’s also part of the team that designed, built and manufactured the 21C in their Los Angeles facility, which shares an address with Czinger Inc.

Digital Engineering: First off, why is there a need for two companies when you’re under the same roof? Aren’t you just a captive supplier?

Kenworthy: Not at all. Divergent3D and Czinger are definitely a tight-knit team, and yes, we produced all of the 3D-printed structures used in the 21C, but these are independent companies. For instance, we design and manufacture parts for various automotive original equipment manufacturers (OEMS)—depending on how you slice it, it’s fair to say that we’re engaged in production programs with four of the top eight global automakers. That said, additive manufacturing (AM) remains cost-prohibitive for the high-volume segments. It’s my job to accelerate bringing the cost curve down even more and further improve the economics of our process.

DE: Can you disclose how you’re planning to do that?

Kenworthy: Certainly. A big part of it is the divergent adaptive production system (DAPS). From the earliest days of planning and then launching the company, Kevin Czinger was planning an end-to-end design and manufacturing system. During his time as co-founder and CEO of Coda Automotive, he recognized that tooling is the main pain point in the auto industry. He set out to combine several digital manufacturing technologies that would basically erase that pain point and deliver a tool-free means of automaking. DAPS does that. 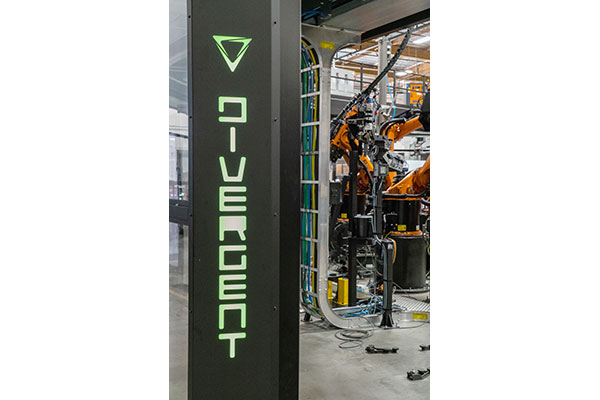 DE: Sounds great, but aside from 3D printing, what are those technologies?

Kenworthy: There are a few key elements involved. For starters, we have an in-house software design suite that we’ve developed and continue to improve on. As noted, there’s also the core AM element, which allows us to produce components with little to no tooling. And then, extending that AM benefit even further, we’ve developed an automated assembly process. Kevin’s son Lukas Czinger was very instrumental in bringing this solution to fruition and continuing its industrialization. Because of this, we’re now able to design parts while considering all of our different AM and automated assembly constraints, delivering high-performance vehicles in far less time than with traditional automaking methods. As far as I know, it’s a unique offering.

DE: I assume this is all low-volume stuff. Why would you focus on automating the assembly process? It seems like overkill.

Kenworthy: As with the deployment of any new technology, our initial programs are indeed low volume, but the long-term goal is to meet the needs of higher volume projects as well. Here again, I’m not at liberty to disclose who or what, but we’re already seeing production demand in the hundreds to thousands, and have some programs planned for a few years out that call for 50,000 chassis or more per year. It’s not just making 10 prototypes for a race team but true production volumes. The Czinger 21C was the driver to develop our core technologies, which we continue to scale up.

DE: Does that imply large-format 3D printing of the automotive chassis?

Kenworthy: No. That’s where our automated assembly technology comes in. We are able to build large, more than half a meter-sized parts, but to be frank, it’s more cost-effective to make smaller components and then assemble or join them. That’s because we’ve developed all these technologies that enable us to print these parts with fewer supports and build orientations that deliver better accuracy and minimal material loss. It might make economic sense at some point to 3D print an entire chassis in one shot, but I just don’t see it happening in the next decade. 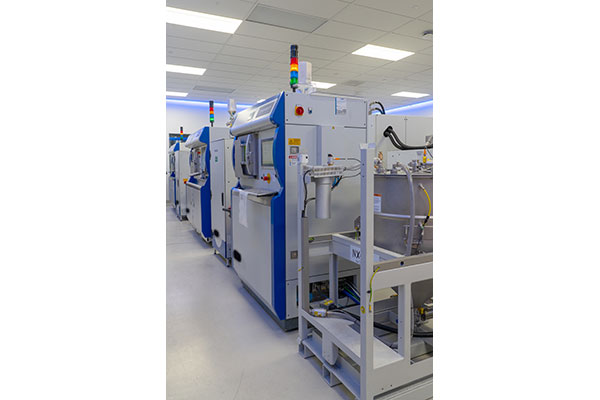 Hundreds of components were produced in the print room at Divergent 3D’s facility in Torrance, CA. Image courtesy of Marc Weisberg.

DE: You just said, “assemble or join.” Does that mean welding? Please elaborate.

Kenworthy: That was one of the things we had to figure out early on, and it has since become a differentiator. We don’t weld. We bond our parts—which are primarily aluminum—using proprietary adhesives that we developed in-house. You might think of it as an aerospace-grade structural adhesive solution. That lets us make these very complex, highly optimized metal structures that deliver dramatic weight reductions. Even when working with an OEM customer’s existing design and space limitations, we can generally realize 15% to 20% mass reductions with the same or better performance. But with a clean-sheet design like the 21C, where there’s total design freedom, we’re seeing 70% or greater improvements; this unheard of in the automotive industry. 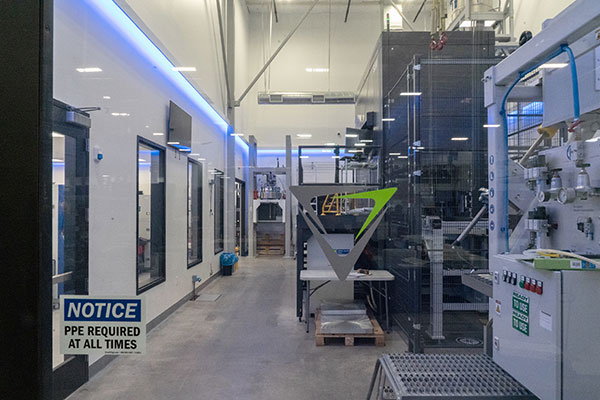 DE: Obviously, automakers are always concerned with time to market and the cost of design iterations. Beginning with the clean sheet of paper you just mentioned, how long did it take to deliver a drivable car?

Kenworthy: That’s difficult to quantify, because we’ve simultaneously been developing the Czinger 21C and our manufacturing technology. I’ve been with the company for just over four years and they already had an initial version of the Blade vehicle when I started. That was just a couple years after Kevin founded Divergent. By today’s standard, that first car was relatively simplistic, but the core elements of the multi-material, node-based, adhesively bonded construction were there. It has continued to evolve since then. I think what’s more important, however, is the speed at which we can respond to change requests. For example, the design team wanted to make the rear subframe 200 mm (about 8 inches) wider last year. Within a few months, the vehicle was back on the road with a completely redesigned rear end and was setting track records shortly after that. Fast iterations like these are quite easy to achieve when you have a tool-free, completely digital manufacturing process. I see it having a fundamental effect on how the industry designs and manufactures vehicles.