How to Encourage More Women to Join Engineering

Women in simulation discuss diversity in their fields.

Women in simulation discuss diversity in their fields. 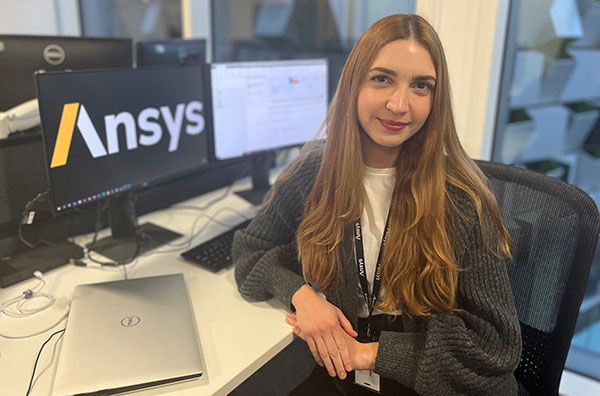 The latest statistics from the U.S. Census Bureau point to a positive trend in STEM: “In 1970, women made up 38% of all U.S. workers and 8% of STEM workers. By 2019, the STEM proportion had increased to 27% and women made up 48% of all workers” (“Women Making Gains in STEM Occupations but Still Underrepresented,” January 26, 2021, census.gov). However, the same article also indicates, “Women represented only about a quarter of computer workers and fifteen percent of those in engineering occupations.”

Christina Peristeri, computational fluid dynamics applications engineer, Ansys; Delphine Genouvrier, product management director, SIMULIA R&D, Dassault Systèmes; and Elizabeth Baron, enterprise solutions executive, Unity, are among that 15% that the U.S. Census reported. We caught up with them to understand what it takes to attract women’s participation in their respective fields.

For Christina, her father, a bus driver with a penchant for tinkering and engineering, was an inspiration.

Peristeri recalls attending her first big industry event in Greece showcasing emerging technologies. As she was introduced to someone in a networking event, she says, “He immediately assumed I was in PR or HR. I told him, ‘No, I’m a mechanical engineer.’ He was quite surprised.”

Peristeri is not alone. This experience is quite common for women in engineering. Genouvrier reveals, when she visited customer sites, “People often thought I was the salesperson, and my male colleague was the technical person. I’m guessing they assumed engineering know-how was predominantly a male-oriented profession.” To Genouvrier, that was a sign of gender bias in the industry.

With decades under her belt in automotive and tech industries, Baron of Unity is a frequent speaker at industry events and conferences. She has graced the stages of SIGGRAPH, Autodesk University and Augmented World Expo, among others. People are less likely to misjudge her expertise now, but she also reveals that when she was starting out, “People asked me to make coffee and make copies. I’m not kidding.”

The gender bias also influences women’s salaries, Baron points out. “People assumed my income was the spare income. I won’t say it’s discrimination but it’s an unfairness. I think we should be paid at parity. In my case, mine was the primary income and my husband was a stay-at-home dad,” she says. 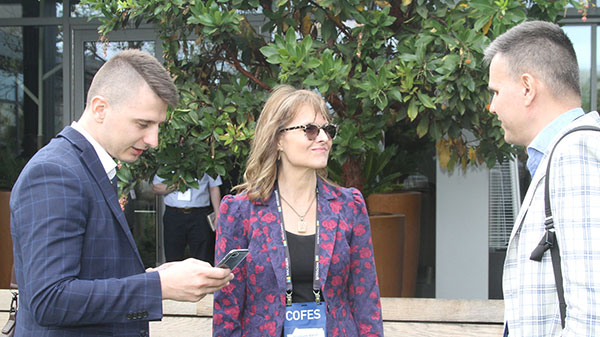 Genouvrier thinks outdated perceptions of engineering as the domain of gadgets and machines may be preventing many women from joining the sector.

From their approach to problem-solving to the way they participate in meetings, men and women exhibit fundamental differences.

“Women aren’t usually that aggressive in speaking up, so in meetings, they might get left out,” Baron points out.

During her time at Ford, Baron oversaw the deployment of immersive reality solutions. Whereas most male engineers were satisfied with a functional 3D model, Baron says she insisted on the aesthetic quality of the visuals.

“My attention to the beauty of the data as well as the accuracy of the data made a huge difference in the acceptance of immersive realities at Ford. I think considering aesthetics at the same level as accuracy came from my feminine perspective,” she reflects.

“For example, the length at which women will go to make their point can be longer. Men might be short on words and possibly leave out details,” Baron says. “I think we need to accommodate a wide band of approaches and solutions to problems. Being different from your colleagues doesn’t mean you’re at a disadvantage. If you are aware of the differences, it’s an advantage for everyone.”

Genouvrier points out, “Diversity is crucial to foster innovation. Indeed, it is very likely that a group of like-minded individuals with similar backgrounds will continue to brainstorm and come to the same type of solutions as a homogeneous group. When you bring in diversity, you bring a new axis of thinking—a new way of imagining the world and the required solutions.”

Peristeri says organizations like Girls Who Code are critical to fostering women’s participation in engineering and tech. Ansys has a partnership with Girls Who Code, and Peristeri is part of it.

“We would help girls learn how to code, then mentor them and give them career advice. It’s one of the biggest contributions companies can make to help young women,” she reflects.

Peristeri also believes STEM classes in the education system need to do a better job attracting more female enrollment. Reflecting on the computational fluid dynamics class she took, she says, “There were about 40-50 students. Out of them, two were girls.”

Genouvrier adds, “There need to be ongoing societal changes to interrupt bias in early education so young girls are not put aside when it comes to science-based activities … Industry leaders should be forming company initiatives to promote diversity and challenging traditional bias toward women in engineering.”

Toymakers may also have a role to play. They can design toys that satisfy the girls’ sensibility but also encourage engineering exploration.

“Try to find super-complex LEGO sets for girls,” says Baron. “You could have an ornate castle, like those in Harry Potter movies, but also have beautiful figurines in it that girls can relate to.” To its credit, LEGO now offers STEM Toys for Girls, featuring sets inspired by Disney characters and settings and Super Mario games.

As women join the traditionally male-dominated fields, Baron also worries some women might be tempted to change themselves to fit in. To become one of the guys, they might adopt the male-centric way of working, speaking, thinking and even dressing.

“Stay true to who you are, and how you want to express yourself,” she urges. “At Ford, one of the things I refused to compromise on was who I am as a woman, and how I express myself.” She offered this advice: “Present your data and your facts. You will be accepted for who you are and for the knowledge and skills you impart to your colleagues.”