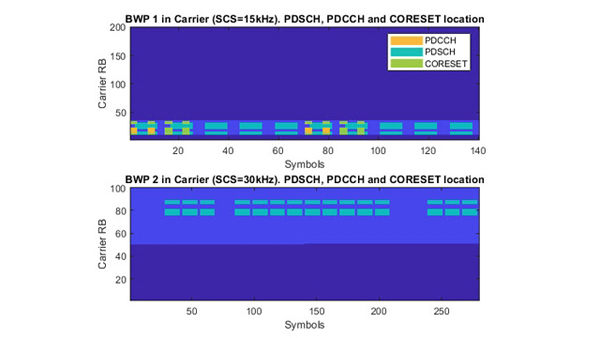 Digital Engineering July/August 2022
Our July/August issue focuses on innovations in medical device design, including new materials, the...
IT Services Resources

This week, MathWorks, the company behind MATLAB, launched a new 5G Toolbox, aimed at those who need to model, simulate, and test 5G communication systems.

The 5G Toolbox is part of the latest release of MATLAB, a widely used engineering calculation and programming environment. It includes a series of toolboxes to enable data analysis, deep learning, computer vision, and more.

The nomenclature and release numbers can get a bit confusing as the leading organization behind the 5G (the 5th generation cellular mobile architecture) implementation is 3GPP (stands for third generation partnership project), uniting the works of seven leading mobile broadband standard development entities.

The first set of 5G standards are in Release 15 of 3GPP's specifications, announced after the group's June plenary meetings.

On October 4, 3GPP announced “5G includes Virtual Reality (VR) from Day 1 ... The 3GPP Codec and Media Working Group (SA4) has completed work on the support of 360° VR streaming services, within Release-15 of the specifications.”

What to do with the 5G Toolbox

The 5G Toolbox is part of MATLAB R2018b, launched in September. With the toolbox, “you can configure, simulate, measure, and analyze end-to-end communications links,” says MathWorks.

The toolbox includes reference models that you can use to build devices that leverage the 5G capacity. It also includes the ability to generate wave forms and test signals, which can help identify optimal placements of antennas and transmitters in mechanical assemblies and enclosures.

“When adopting 5G, wireless engineers need to verify that their product designs can conform or co-exist with a new, complex standard that will continue to evolve. Very few companies have adequate resources or in-house expertise to understand and implement a 5G-compliant design,” said Ken Karnofsky, senior strategist for signal processing applications, MathWorks. “Having seen how LTE Toolbox has helped teams quickly deploy pre-5G designs in radio test beds, we anticipate 5G Toolbox will have a similar impact for the mainstream wireless market.”

5G is touted as the setup that allows high data transfer rate, low latancy, power saving, and reduced cost. It's expected to deliver many new benefits to the so-called connected devices in the IoT sector, from smartphones and smart home thermostats to network-connected wind turbines and plants.

“It gives engineers another option for communication,” Karnofsky says. “It gives you opportunities to create remote data-collecting devices in the field where there's no local network to connect to but the mobile network, so 5G is an option for devices like that. For engineers, it's important to figure out the data-transmission goal, its implications on power consumption and cost.”

Karnofsky points out 5G might reinvigorate the edge-or-cloud processing debate among engineers and system designers.