The U.S. Army aims to have its first Robotic Combat Vehicle Technology demonstrator ready by 2021, but what changes will this unmanned paradigm bring to the manufacture of military vehicles? This article from Pailton Engineering addresses the issues related to autonomous design for military vehicles. 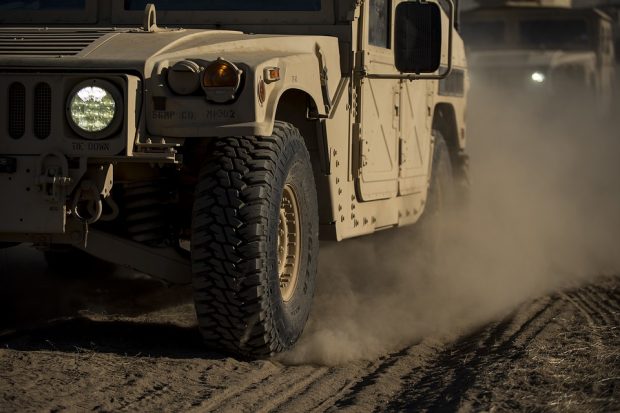 Unlike Uber or Google’s Waymo, the self-driving technology developed by the military won’t only be designed for America’s roadways but for conflict zones all over the world. The military is primarily concerned with developing robust and reliable tactical vehicles to withstand these terrains, while removing people from unnecessarily risky situations.

According to Pentagon figures, in 2013 alone, some 60% of U.S. combat causalities were related to convoy resupply. Autonomous vehicles to deliver supplies could address this issue.

For the military, autonomous driving technology is an important priority. Although some engineers are open to retrofitting vehicles with commercial technology, others are looking a new sensor technology, such as LIDAR, which uses pulsed lasers to measure distances between objects and navigate successfully.

The laser scanner provides a 360° view of what’s happening around the vehicle. The creators of LIDAR claim its product is capable of identifying far-away objects regardless of their size, be it a piece of paper, butterfly or tire debris, and take the necessary action.

The precision of this technology is crucial, as sensors must be able to differentiate between a tree and a camouflaged enemy. Arguably, sensors for military applications require a deeper level of intelligence than other commercial autonomous vehicles for this reason.

The current considerations for human-driven military vehicles will also need to be brought into the new paradigm of combat vehicles. Just because they are autonomous, does not mean they require less engineering than a regular vehicle. This is particularly important considering the defense industry is more likely to see a transition to semi-autonomous vehicles, before a move to fully autonomous versions.

For instance, adverse weather conditions, such as sandstorms, black ice and dust can challenge even the best military vehicles in the industry. Without an expert steering system, suspension system and chassis, you cannot leverage the new autonomous driving technology.

Take the steering system as an example. If the parts used aren’t bespoke to the vehicle and the conditions it will face, it will be severely limited in action, even with the most intelligent insight on far-ahead objects.

Thankfully, rigorous physical and environmental testing in the steering industry now means steering components can take on the debris, moisture and temperature variation that is faced in service, without resulting in water ingression or high torque steering.

Once the bespoke steering is in place, the vehicle stands the best possible chance of taking on extreme conditions and rough terrain. Combined with autonomous driving technology, this holds huge opportunities for the U.S. and UK military industry to develop the most reliable and capable autonomous military vehicles in the world.

As autonomous vehicles become more widespread, the acceptance of the technology in daily life will bolster such use in the military. Already, the prices of sensors and software in the general robotics industry have been driven downward.

It certainly looks promising for 2021, as we anticipate the first look of the Robotic Combat Vehicle Technology demonstrator.