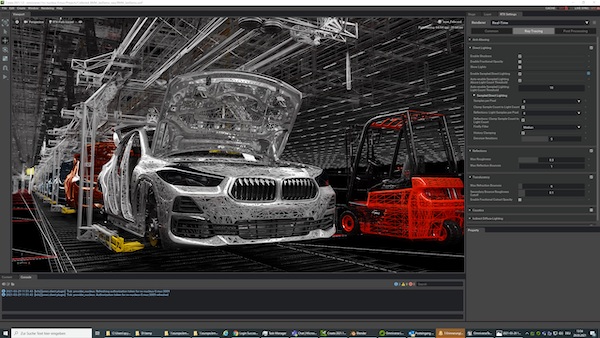 BMW and NVIDIA are partnering to use Omniverse to build a virtual factory to plan and improve its automotive production activities. Image courtesy of NVIDIA.

From March 2020 to the present, much of the world retreated indoors due to the spread of COVID-19. Working from home became the norm instead of the exception. NVIDIA Omniverse, the GPU-accelerated simulation and collaboration platform, was being tested in closed Beta, accessible only to a small pool of customers.

With vaccination accelerating early this year, many businesses are gearing up for a return to normalcy. However, many are also discovering that they prefer the efficiency of the remote working protocols adopted during the shutdown. For them, venturing into the Omniverse for remote collaboration may make more sense than heading back to the conference rooms. In that sense, Huang’s announcement at GTC 2021 Virtual that Omniverse, now available for individuals in open beta, will be coming to enterprises later this year.

As GTC 2021’s keynote by Jensen Huang went live, the company also announced that Omniverse Enterprise is coming soon. “NVIDIA Omniverse Enterprise makes it possible for 3D production teams—which are often large, diverse in skills and geographically dispersed—to work seamlessly together on complex projects. Rather than requiring in-person meetings or exchanging and iterating on massive files, designers, artists and reviewers can work simultaneously in a virtual world from anywhere, on any device,” the company writes.

“The Omniverse Nucleus is described with the open standard USD (Universal Scene Description) format, a fabulous interchange framework invented by Pixar,” Huang said. “The second part is the composition, rendering, and animation engine, the simulation of the virtual world. Omniverse is built from the ground up to be physics-based. It’s fully path traced. Physics is simulated with NVIDIA PhysX 5.” 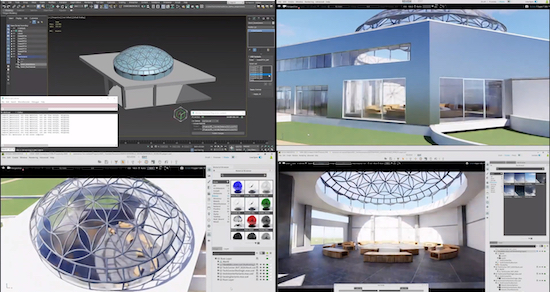 BMW Group, a guest at GTC 2021, discussed how it is using the Omniverse. In the announcement, the carmaker writes, “Virtual factory planning is already widespread, but until now it has required data to be imported from various applications. This is not only time-consuming but also raises compatibility issues. In addition, the data is not always up to date. In the future, the Omniverse platform will enable live data to be collected and collated from all the relevant databases to create a joint simulation – eliminating the need to re-import data. The goal is to enable modifications and adjustments to be assessed in the early stages of planning in order to create an overall view.”

At the same time, Bentley Systems, a leading infrastructure design and management software maker, announced they are connecting their iTwin platform to Omniverse in a move to enable the building of massive digital twins, and the first software developer to build new applications on top of the Omniverse platform. The company says it has “extended the Bentley iTwin platform to integrate with NVIDIA Omniverse to provide a graphics pipeline for AI-enhanced, real-time visualization, and simulation of infrastructure digital twins. This integration allows engineering-grade, millimeter-accurate digital content to be visualized with photorealistic lighting and environmental effects on multiple devices including web browsers, workstations, tablets, and virtual reality and augmented reality headsets from anywhere in the world.”

These applications reveal the critical nature of photorealistic rendering and physically accurate simulation in remote collaboration for engineers.

For designers who work routinely with complex surfaces and organic topology, Rhino is one of the leading modeling packages. For such users, the NVIDIA Omniverse Rhino Connector is an indispensable toolkit. It allows Rhino users to maintain a live link between the two software environments. The Live Sync function is available in the Omniverse plug-in, to be installed in Rhino. It ensures content created in Rhino and deployed in Omniverse remains consistent.

Omniverse is currently available for exploration as a Beta download. Access includes Omniverse Open Beta Apps, connectors, community news, and training. For manufacturing and design, the platform could be used in a number of applications ranging from concept design reviews to supplier collaboration, to  visualization and simulation of entire factories like the BMW demo shown at GTC. More sophisticated usages may involve employing AI-based training to analyze and refine robotic operations.