Plugging GPUs into the Metal AM Workflow 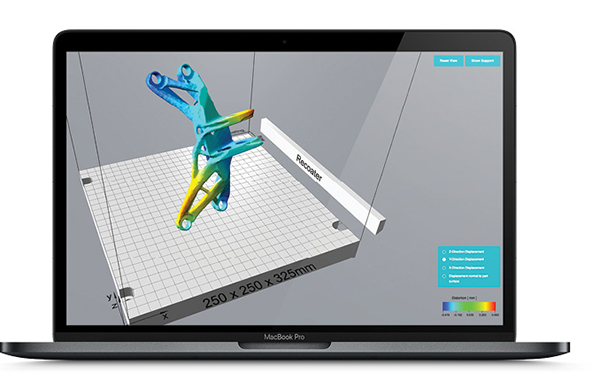 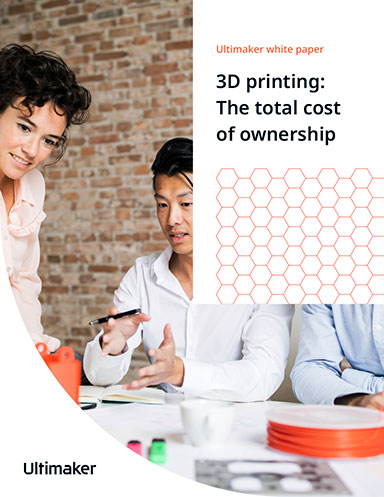 3D Printing: The Total Cost of Ownership
This resource will explore and list the ownership costs that will apply to any 3D...
Sponsored Content 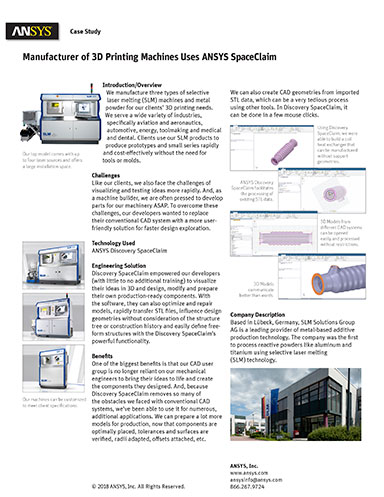 Additive manufacturing (AM) offers to bridge the gap between what designers can envision and machinists can fabricate. As it turns out, manufacturability is just as defining for AM as it is for traditional factory processes. The thing and act of its making are still intertwined.

“AM is increasingly viewed as a complementary manufacturing technology for final products, including metal,” says Bart Van den Berg, a software research engineer at Materialise. “There is a clear need to increase productivity and efficiency in the process.” 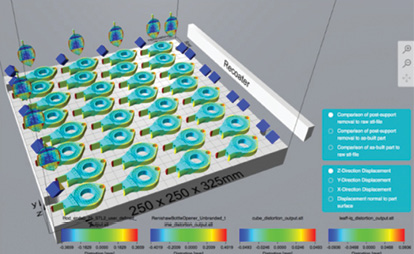 Metal AM is just now “becoming mainstream enough that people are starting to talk about challenges and problems,” says Chad Barden, CEO of Atlas 3D, a CAE startup with a new simulation tool for metal AM. “Before it was black art; now it is becoming more of a science. Professionals are collaborating, sharing problems and solutions ... When you have a group of professionals who say ‘my gut told me to print it this way’ you don’t get a lot of sharing. It is hard to share gut instinct.”

Metal AM printer manufacturer Renishaw advises its customers to consider four factors when designing for AM:

1. Residual stress: There is constant rapid heating and cooling as each new layer is created in a metal 3D print job. The result is constant stress that affects the new metal and the existing form. If the particulars of the part and its formation are extreme enough, stress may exceed the strength of the part.

2. Orientation: By default, build direction is defined as the Z axis (vertical from the build plate). How a part comes together inside the build chamber can create new problems related to surface finish, build time and the need for support structures.

3. Support structures: Renishaw advises its customers that it is a bad engineering practice to over-rely on supports to overcome an orientation issue in AM part production. “Excessive reliance on supports is an indicator of a ‘marginal’ part geometry.”

“The promise of additive manufacturing is virtually unlimited design freedom, but designers have a hard time understanding how to access that design space,” says Brent Stucker, Ph.D., director of additive manufacturing at ANSYS. His colleague Justin Hendrickson tells of a situation where a company printed a metal foam structure designed to be optimal for strength-to-size ratio. A computed tomography scan revealed “the printed shape was not very close to the original,” says Hendrickson, because there was no accounting for the stresses.

Adding GPUs to the Process

In February, PTC released Creo Simulation Live, which is powered by ANSYS. As such, it also uses GPUs to bring real-time feedback to the company’s 3D CAD modeling environment.

“GPUs are well-positioned to support the simulation process,” says Materialise’s Van den Berg, “by performing huge amounts of similar calculations on massive but homogenous data sets. As a result, we believe the GPU will play an increasingly relevant role in the AM preparation process.”

AM is a multi-person workflow, notes Hendrickson. Although Discovery Live is targeted at initial design, “We want designers to think more about manufacturing. There are reasons for experts to go the last mile for design excellence,” he says. “Is part orientation a designer issue? Should designers compensate for annealing processes? How do we do tolerancing? We have a suite aiding the process, but the internal workflow also must be addressed.”

To directly attack the obstacles in metal AM simulation, Atlas 3D examined the existing approaches to simulation for AM. Most metal AM simulation users were applying one of two approaches. Many were using finite element analysis (FEA), breaking the unit into elements for the study of thermal effects, build processes and material-specific mechanical effects. Others were using inherent straining to look for stress effects to map as mechanical effects.

“We looked at both approaches,” says Barden. “There is time delay in FEA and lack of tolerance for inherent straining, which relies on perfect process parameters and calibration.” The successful designers working in metal AM got there through repeated trial and error, “with a 40% failure rate for first print runs.” The biggest issue was thermal distortion during the AM process, something existing CAE tools were not equipped to study directly.

Atlas 3D decided to create a new approach specific to AM: thermal circuit network simulation. The patent-pending process can work with either GPUs or CPUs. The GPU version of the software was just finished. The product—Sunata—simulates the build process to find the optimal orientation for printing. Barden says the CPU-based Sunata can calculate 100 orientations using thermal distortion faster than most competing solutions can simulate distortion on one orientation. The new GPU version, Barden says, is “20 times faster than the CPU version.”

Barden claims Sunata can run a successful optimization simulation on a full build chamber in an EOS M400 in 1 hour using GPU calculations and “several hours” on the CPU version. The software runs on Amazon Web Services, where it can attach and detach multiple GPUs as required for a job. Special instances of Sunata can run on International Traffic in Arms Regulations or other required secure formats.

“Our goal is to democratize metal additive manufacturing,” says Barden. “Historically, printing in metal is reserved for those with five or more years’ experience. We allow a newcomer to design a part in CAD and print successfully the first week they are in the industry. That’s never been possible before.”

In addition to creating new GPU-based methods to directly analyze thermal stress inside metal AM, research is taking place to incorporate artificial intelligence into the metal AM workflow. “Deep learning (DL) requires a massive data set; the GPU plays a prominent role,” said Van den Berg of Materialise. “At the same time, we are seeing GPUs that are becoming more flexible, which will allow them to address an increasingly varied set of tasks.”

Stucker at ANSYS agrees there is great upside for using AI and DL to streamline the metal AM workflow, but sees two obstacles to adoption. “We need massive data; where will it come from?” he asks. “There is no generic sharing [of data].”

The second issue is the need for specialized algorithms to take advantage of parallel processing. ANSYS wants to be a “neutral arbitrator” working with all metal AM printer manufacturers. “We want to enable the ecosystem, not a specific machine manufacturer. Our goal is to use our software with any of the machines out there.”

Stucker says some metal AM vendors are offering general-purpose software tools to interface with an API, while others say “‘these are our standards; write to them.’” How each vendor calculates the build “is tightly held [intellectual property],” Stucker says. “Over time, there will be international standards and a standard print file, but it won’t be in the next year or two. But convergence will happen.”