Rapid 2013 Day 2: The State of the Additive Manufacturing Industry 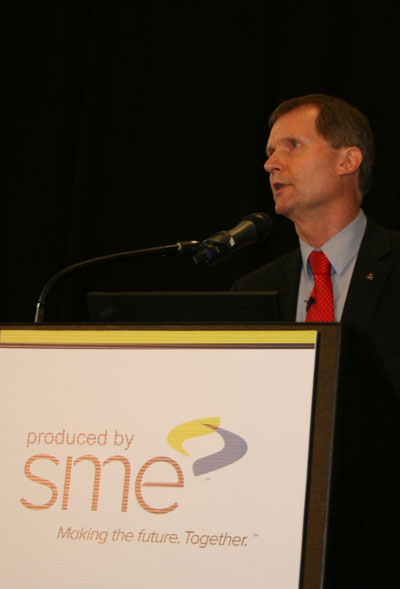 Terry Wohlers of the consulting and research firm, Wohlers Associates, kicked off the second day of the RAPID 2013 Conference and Exhibition in Pittsburgh this morning (read about the first day’s keynote here). As he has in years past, Wohlers presented findings from his annual Wohlers Report, which tracks the additive manufacturing industry.

Wohlers took a global perspective of the technology and provided perspective on where the industry might go in the future. But first, he looked back to 1988 when 3D Systems first commercialized additive manufacturing.

“It hasn’t been until relatively recently that we’ve applied additive manufcaturing to making final products,” he said. “We’re just getting started, really. We have so much to learn about this process.”

While it was learning last year, the industry grew 28.6%, according to Wohlers, who said the media attention surrounding 3D printing grew by 100%. “It’s creating the illusion that this is brand-new technology” and has advanced rapidly overnight, he said. “That’s not the case. We’ve seen steady advancement over the past 25 years.”

“I really think that at the current level of quality of these personal 3D printers, the low-hanging fruit has been picked,” Wohers said. He added that the quality will need to improve if the segment will see double-digit growth again.

Turning toward the global outlook for additive manufacturing, Wohlers said 38% of the industrial systems sold worldwide up through last year are being used in the US, followed by Japan, Germany and China that are all at less than 10%.

Part of that strong base comes from companies like Honeywell and GE Aviation driving AM, especially with their use of the technology in aerospace. Wohlers says GE Innovation, for example, plans to spend $3.5 billion over the next five years on additive manufacturing. The automotive industry is also paying attention to AM, though only three people raised their hands when Wohlers asked who in the audience was from the auto industry.

“We need to light a fire under these companies,” he said. “I would encourage auto companies to re-engage, even though the volumes aren’t like medical and aerospace,” there are many low-volume applications, especially in luxury sports cars and tooling needs.

Other companies you might not expect, such as Nike and New Balance have used AM for years, and have begun commercializing the 3D printing of show soles for the first time, according to Wohlers. Amazon also has a new section dedicated to 3D printing.

When President Obama said: “3D printing has the potential to revolutionize the way we make almost everything” in the State of the Union address, it had repurcussions beyond our borders.

Wohlers, just back from the 2013 World 3D Printing Technology Industry Conference in China, said that statement focused galvanized countries’ support for AM. He said China’s central government is funding AM to the tune of $245 million for a 7-year pilot program.

“One strategy the country may pursue is to buy its way in,” Wohlers said, to meet its goal to become the No. 1 country in the AM industry in the next three years.

Wohlers noted other countries’ AM activity:

Back in the U.S., Wohlers said we have a university system that is the envy of the world and many large companies interested in AM. As we reported yesterday, the National Additive Manufacturing Innovation Institute (NAMII) is building the bridge between research and development.

“We’re going to see a whole new way of thinking and new business models,” Wohlers said. “However, we’ve lost some of our edge” as other countries now have many more large-scale AM system manufacturers than the U.S. does. 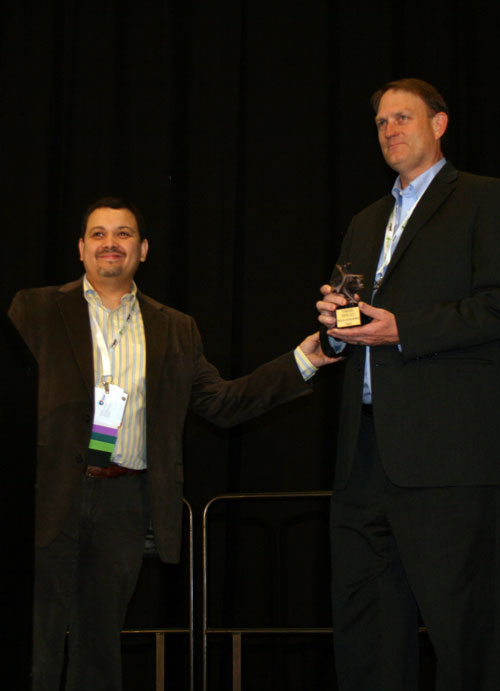 Wohlers noted the following challenges to the AM industry:

Wohlers wrapped up his presentation with the question many, especially in the media, have been asking: “Will everyone own and operate a 3D printer?”

“I think children will be a big market, as for parents ...” Wohlers said. “We’ll have professionals shipping parts to consumers, rather than consumers making their own. I could be wrong, but that’s my opinion. We will, however, have much more variety because we can make products that weren’t practical before.”

In related news, SME presented the following awards for this year’s show: