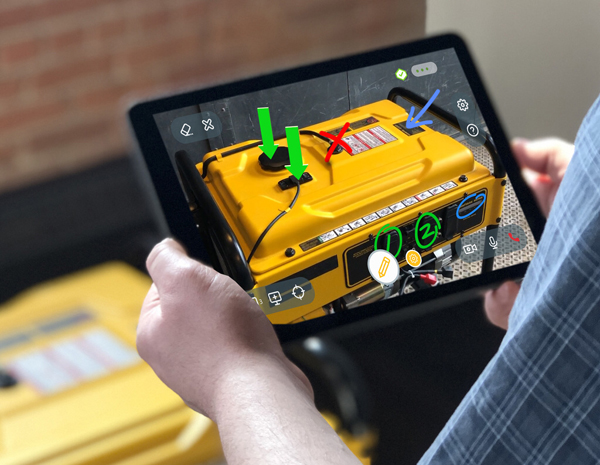 At the recent Augmented World Expo (AWE), Lenovo introduces its first enterprise-targeted AR headgear. Dubbed ThinkReality A6, the device is powered by a smartphone-size compute box that you can carry, small enough to fit in your pocket.

Lenovo also offers ThinkReality software kit, which contains sample applications. The company expects developers will take the sample applications and customize them for their own verticals, such as manufacturing, healthcare, and architecture.

Also at the show is nreal, offering its AR glasses that look more like casual, fashion items than a tech gadget. It lets you project digital objects and scenes onto real-world surfaces (for example, tabletops).

Both Lenovo ThinkReality and nreal power their devices with small portable compute boxes, allowing users to roam and interact with digital objects with much more freedom. 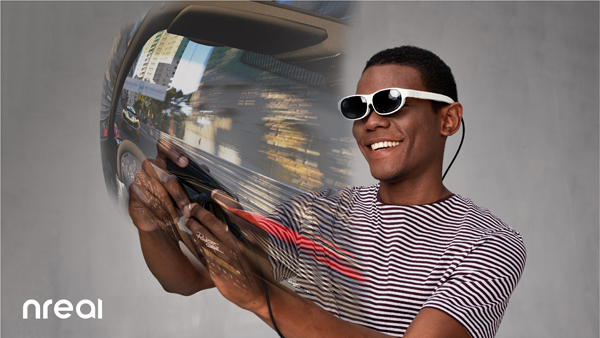 Varjo is at the show to let attendees try out its XR-1 AR system.

Varjo's technology uses eye tracking, which allows users to use their eyesight—where they choose to focus on—as the selection system. Without the need to hold and operate joysticks for object selection and commands, Varjo's hands free approach gives developers more options to incorporate complex manual tasks in training apps.

Holograms you can Touch

You can't physically touch the holograms inside the Looking Glass Factory's holographic displays, but you can virtually. Objects respond to gesture commands in the same way they do in touch screen devices. Moreover, if the digital object itself has built-in physics, it responds to pokes and pushes with virtual hands. This opens doors to simulation software makers who may want to give users a more natural way to apply forces and pressures on digital design for design exploration.

Looking Glass now offers a desktop display system with built-in compute power and a touch-panel display for file navigation, allowing the box to operate independently (that is, without the need to borrow processing power from a workstation via a cord).

Scope AR Wants you to Publish

With the rise of AR-VR hardware comes the need to publish AR-VR content, like apps for design review, training, remote technical help, or maintenance instruction. For this market, Scope AR offers its WorkLink publishing software, which lets you use CAD data to produce instruction manuals, compatible with mobile devices and AR headsets. Scope AR offers its software by subscription, as SaaS.