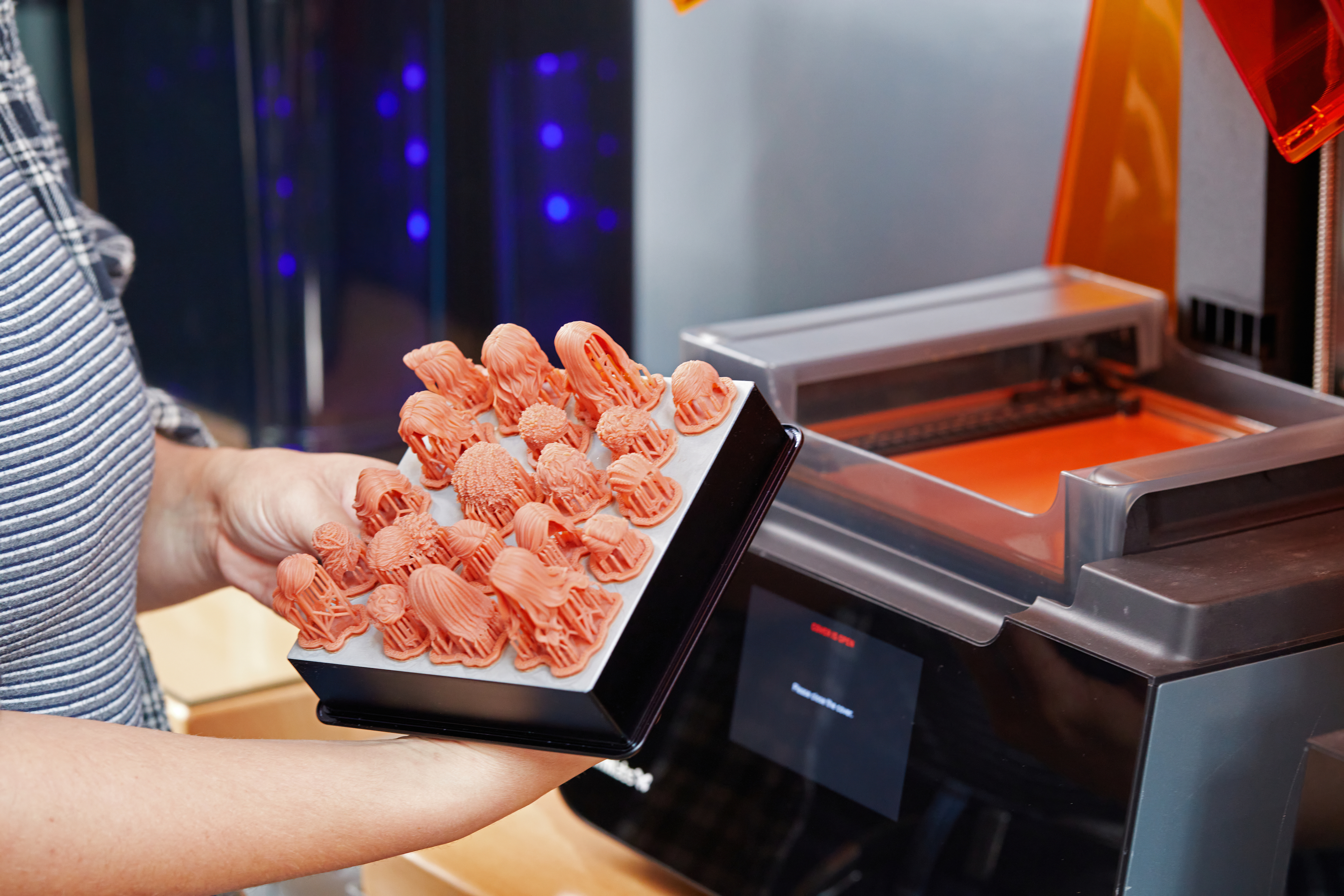 The Hasbro Selfie Series exemplifies the power of 3D printing as a personalization platform. Image Courtesy of Hasbro

Imagine being able to cast your image as a fellow Ghostbuster or Power Ranger. Or even joining forces to battle for good with your favorite G.I. Joe character.

Thanks to a partnership between Formlabs, a 3D printer maker, and toy giant Hasbro, devotees can indulge their fan-fic fantasies. The pair have collaborated to create the Hasbro Selfie Series, which enables consumers to create collector-grade, six-inch customized action figures in their likeness—the latest in stream of projects that illustrate the power of 3D printing for mass customization at scale.

Slated to be available this fall, the Hasbro Selfie Series employs Formlabs 3D printers as the personalization platform. Fans simply download the Hasbro Pulse mobile app, available for both Android and iOS, log into an account, scan their face, and then customize their character and hairstyle. The resulting custom action figure, which can draw from characters from the above-mentioned popular action TV series and comics, will then to shipped to their doorstep.

Well before its Hasbro Selfie Series launch, Hasbro began experimenting with Formlabs 3D printers, primarily for prototyping action figures. Now, with the move to production-scale manufacturing, Hasbro has enlisted more than 30 Form 3 stereolithography (SLA) printers in addition to a new resin developed by Formlabs and a custom-designed digital workflow. Also essential to getting the agile digital factory up and running was tailoring the Formlabs PreForm model preparation and Dashboard monitoring software so it could integrate, through the Formlabs API, into Hasbro's other manufacturing functions, officials said.

“3D printing has long been viewed as a prototyping tool, but the Hasbro Selfie Series personalization platform demonstrates that Formlabs enables end-product manufacturing at scale,” noted Max Lobovsky, CEO and co-founder of Formlabs.

The pervasiveness of mobile scanning, coupled with the accessibility of lower-cost, more powerful 3D printing technology, is what spurred Hasbro to expand its vision for mass customization. Instead of its previous work running small batches of 500 figures, the idea was to fully exploit 3D printing to continuously deliver action figures in near-real-time as the designs were specified by users.

To keep the custom figures high-quality, yet still affordable, Hasbro opted for a hybrid manufacturing approach. They employ classic, injection molding techniques to produce the figure body while using the Formlabs agile digital factory to create a custom 3D printed head and hair. The digital software platform enables the manufacturing team to pair the mass produced bodies with the specific custom head and hair pieces coming off the 3D printers.

The custom resin was another factor that led Hasbro to enlist Formlabs as a central partner in this effort, according to Patrick Marr, Hasbro’s senior director of model development. Formlabs materials scientists created a specialized formula based on its Tough 1500 material that could work on the standard Form 3 printer. Quality was another important factor: “When we first started seeing the scans come off the Formlabs printer, we knew we had the quality down,” Marr said in a blog post on the Formlabs site. “You could start seeing there’s a bridge between that prototyping stage into the production stage.”

To learn more about the Hasbro/Formlabs partnership, watch this video.