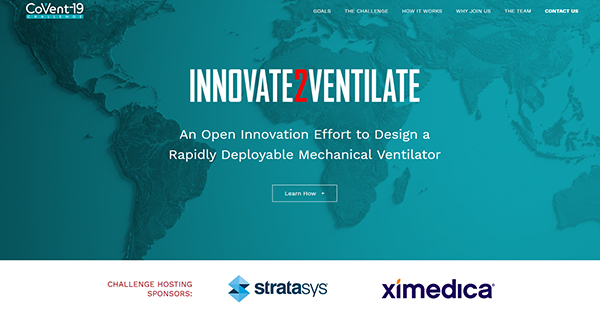 The news came out on April Fools' Day, but it's a serious call.

A collective of Boston-area anesthesiology residents are launching an eight-week hackathon hosted on the engineering collaboration portal GrabCAD.com to design a rapidly deployable ventilator for patients with COVID-19-related lung problems.

Merely 24 hours after the launch, the project has received two entries as CAD assembly files.

According to the dedicated portal for the event, called INNOVATE2VENTILATE, “The deficit of ventilators in the United States alone is expected to be in the hundreds of thousands.  Our goal is to rapidly expand the capacity of hospitals, by expanding our current ventilation abilities, in order to survive the peak of this pandemic.”

To participate, go to www.coventchallenge.com