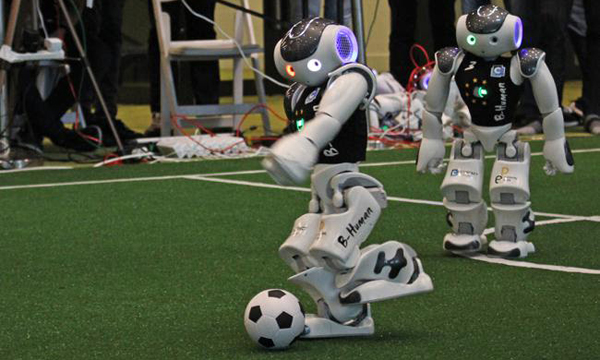 Recently, to mark the launch of the Volkswagen Innovation and Engineering Center California, the carmaker upgraded the classic T-2 into a new concept van, called the VW Type 20.

The new concept includes quite a number of generative design-driven parts—the steering wheel, the wheel, the side mirror arms, and the seat support, designed in Autodesk Fusion 360, an integrated CAD, CAM, CAE software.

With generative design, engineers use loads, stress, material properties, and other functional inputs to get the best topology for the project, automatically generated by the software. This approach is now becoming an integral part of many mainstream CAD and simulation software, including SolidWorks and Altair.

With Autodesk Fusion, you can specify the preferred manufacturing method so the software can take it into consideration when it generates the topology.

For more on this, read our online report on the VW Type 20 at Digital Engineering 247.com. 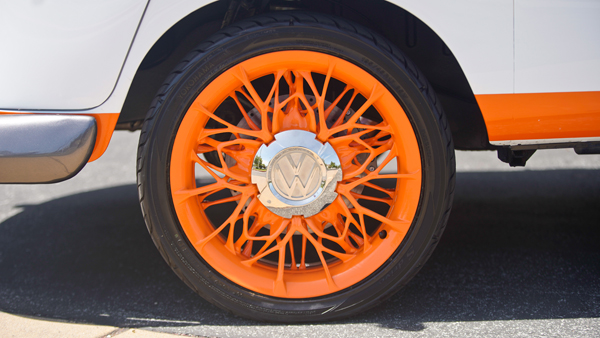 Perhaps some of you are soccer fans, or football, as it’s known in other parts of the world, but do you know there’s a robotic football cup? It's called RoboCup, and the world championship recently took place in Sydney, Australia.

Another participating team is Nao-Team HTWK Leipzig, a robotic football team made up of university professors and robotic and engineering students.

Many of the issues involved in developing autonomous football playing robots are relevant to the autonomous vehicle development, among other industries. The rules for the Standard Platform League specify that the robots must operate fully autonomously; there’s no remote control.

RoboCup competitions come in various forms. The hardware, or the robotic players involved, are not always in in humanoid form. The RoboCup federation’s ultimate goal is to be able to play against human players, and win, so even now, the game rules in RoboCup are derived from the FIFA rule book.

Onshape, the cloud-streaming CAD company that changes the rules of CAD, has jut published a report, titled the State of Product Development and Hardware Design. The report reflects the thoughts and sentiments of a sample pool with 55% engineers and designers, with engineering managers, executives, and others making up the rest.

According to the report, you don’t need an army to launch a new product. 45% of the respondents say, the product development teams are about 3-10 people.

Another discovery is, most companies are using PLM/PDM systems to prevent costly mistakes associated with grabbing the wrong versions of the design, and so on.

Pitch your ARVR project to investors

If you’re a ARVR startup in Europe, you may be interested in this call for pitches. AWE Europe, the European version of the Augmented World Expo, is now accepting applications for candidates to publicly pitch their projects to investors, at the upcoming AWE Europe show.

Deadline is August 10. If you are accepted, then get ready to pitch in October, at the conference in Munich, Germany.